How clean does my recycling need to be?

One of the most common questions about recycling is how clean do jars, cans and pizza boxes need to be before they can go in the recycling bin.

Small amounts of food left don’t interfere with the glass and steel recycling process. Scrape all the solid food scraps out of jars and cans and then put them in the recycling bin. If you’re concerned about having left over food in the bin you can lightly rinse out your jars and cans. Using left over washing up or rinsing water is best as there’s no point wasting good water just to wash recycling.

Before putting pizza boxes in your home recycling, check whether your council accepts them. If your council does accept them, just scrape out all the solid food scraps. If the pizza box has a removable cardboard mat take that out too and put it in the garbage. There should be no solid food left in the box.

If your council doesn’t accept pizza boxes they can go into compost bins or make good covers for worm farms.

Pizza box not ready for recycling 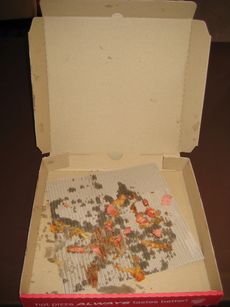 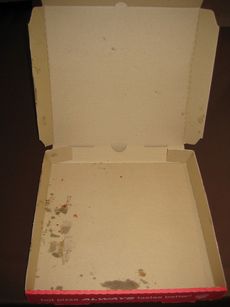 How does Australia compare to the rest of the world?

Australians compete against the rest of the world in many ways and recycling is no exception. In some areas, like newspaper recycling we have been world leaders for years, but in others we have some catching up to do.

Overall 51% of household waste gets recycled in Australia, relatively on par with recycling rates in northern European countries and exceeding the mean recycling rate of all 28 countries in the EU of 42%. This is quite an achievement for Australia considering the unique landscape and dispersed population that our waste services need to navigate. 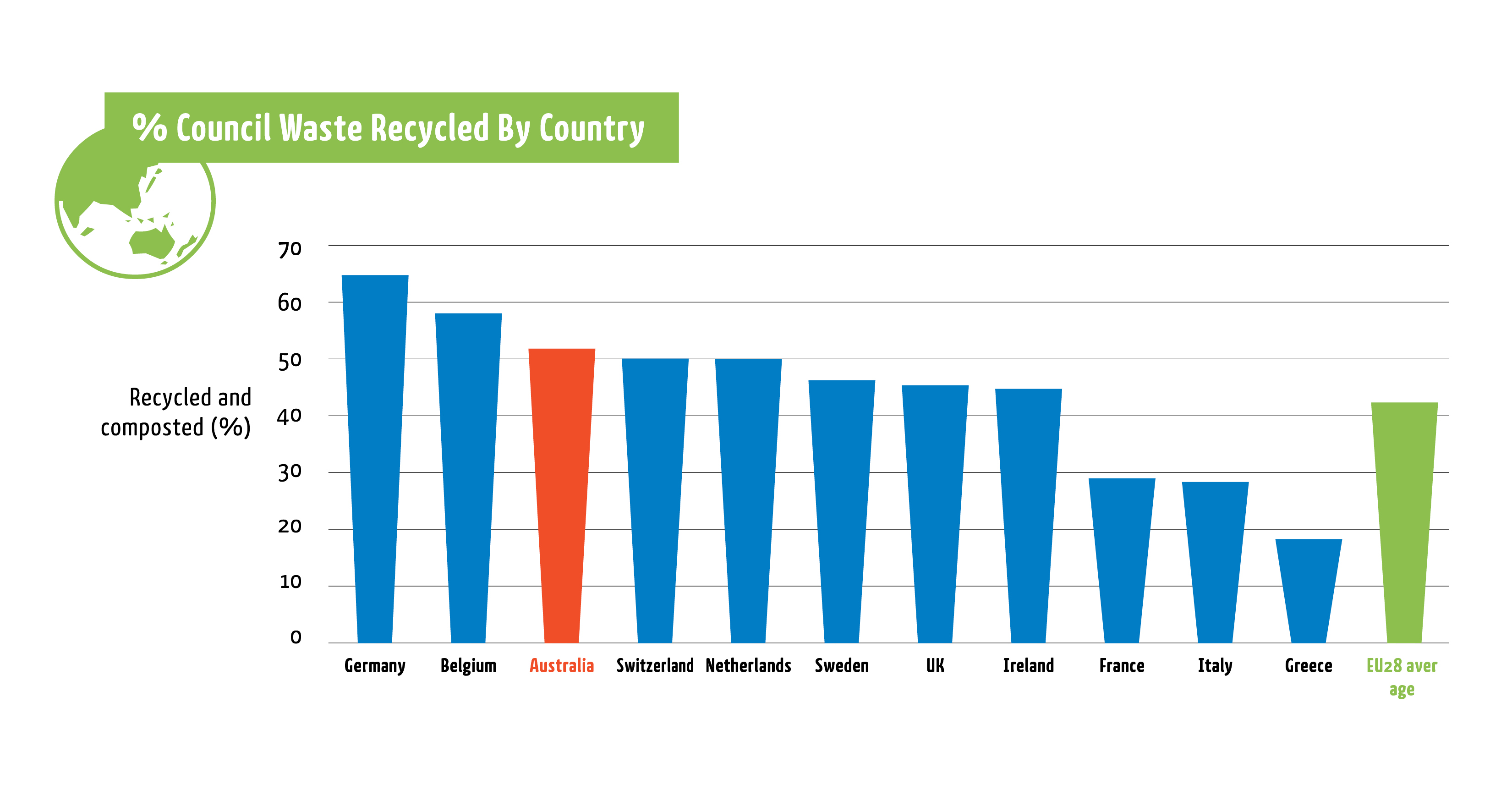 Electronic waste is increasing at three times the rate of other types of waste in Australia. Although voluntary industry programs like ‘Cartridges 4 Planet Ark’ and MobileMuster have provided recycling options for many years it wasn’t until 2012 that national legislation meant that manufacturers and importers of TVs and computers needed to provide free recycling services to households and small businesses. In South Korea a similar scheme began in 1992.

In other areas like, battery recycling, Australia is still in its infancy. In the European Union, where battery recycling is mandatory, there are hundreds of thousands of collection points and initiatives designed to develop positive attitudes towards recycling in children and families.

What should I do with bottle tops?

Unless your local council advises otherwise, plastic tops should be removed and thrown into the garbage before putting the bottle in the recycling. There are two reasons for this:

Alternatively, you can remove the lid, squeeze all the air out of the plastic bottle and then replace the lid. This means the lid will be captured and recycled with the neck and bottle but won't cause issues for the bales.

If this is too difficult just remove the lid and throw it in the garbage and put the bottle in the recycling. Most councils see lids in the recycling as contamination while a few, like the Hunter in NSW, can accept them.

The easiest way to check if a top is made from steel is to try to pick it up with a magnet. If a magnet sticks, it’s steel.

Steel bottle tops are too small to go straight in the recycling bin; they will fall through the sorting machines. The best way to recycle them is to collect them in an empty steel can and when the can is about half full squeeze the top closed and put the can and tops in the recycling bin. At the recycling station, magnets will pick up the steel can, with the tops inside and drop them in a collection basket ready to be melted down and reused.

Why are plastic bags so bad for your recycling bin?

Human health and our natural resources

The first level of sorting at recycling stations is done by hand.

Workers at the recycling station are sorting through tonnes of material an hour and don't have time to open bags to find out what’s inside. Your plastic bags could be filled with recyclable material like glass or plastic bottles or aluminium cans. Or they could be full of contaminants like food scraps, plastic wrap or unwanted wine glasses. Even worse, they could be full of dirty or dangerous material like dirty nappies or medical equipment.

Since it's too dangerous and time consuming to open and sort the bags, they have to be removed from the recycling stream and thrown into the rubbish. That means valuable resources will not be reclaimed. Instead they will be wasted in landfill.

The next issue with plastic bags is that they interfere with the automatic sorting machines.

Conveyor belts feed the recycling into rotating tunnels, onto spinning wheels and past magnets and eddy currents to separate the plastic, glass, paper, aluminium and steel cans. Plastic bags cannot be sorted from other materials by existing machinery. Instead, they get caught in the conveyor belts and jam spinning wheels and can bring the entire sorting station to a halt. The bags then need to be found and removed by hand - a time consuming and often dangerous process that reduces the overall efficiency of the recycling station or materials recovery facility (MRF).

Easy ways you can help

When you're next putting out your recycling, remember the problems that plastic bags can create and make sure you keep them out of the recycling system. Better still, if you see a family member, friend or neighbour putting plastic bags in their kerbside recycling bin or crate, tell them why they shouldn't!

What are the benefits of recycling?

Whilst most people know that recycling has environmental benefits, what is less well known is that it also benefits the Australian economy as well as the people doing the recycling.