The ‘Lights, Camera, Plastic?’ campaign aims to influence consumer behaviour by normalising reusables in film and television, rather than the throw-away culture of single-use plastics.

With the focus on plastic waste in recent years, it is somewhat surprising to see so many of these products on the big screen, including single-use coffee cups, take away containers and shopping bags. The film Marry Me is different – hoping to change viewers behaviour by showing its characters using reusable containers and water bottles.

The focus on reusables is a deliberate move from director Kat Coiro, who collaborated with non-profit Habits of Waste on a campaign that aims to change consumer habits by highlighting reusables in film and television. The ‘Lights, Camera, Plastic?’ campaign aims to encourage productions to replace any single-use plastic products on-screen with reusables.

TV and film directors don’t always have much say in what happens off-screen, including things like how waste is managed, but they can influence their viewers.

“The one thing I do have control of is what goes on the screen,” Coiro said in an Instagram live stream ahead of the film’s release. “If plastic is not a story point, which it really never is, why do we need to put it on the screen?”

According to Habits of Waste, sociology and psychology experts agree that film and television subliminally dictate what is and isn’t acceptable to our collective society, with the effects of motion pictures and other mass communication media on human behaviour well-documented.

In Marry Me, reusable water bottles are shown rather than single-use plastic ones. Owen Wilson’s character Charlie is seen packing his daughter’s lunch in a reusable box and he eats his own lunch out of a stainless-steel container.

“No film or TV show I’ve done is totally plastic-free. But I try, and I do try to incorporate it into everything I do,” Coiro told Green Matters magazine.

The film is not alone in opting for reuse over single-use. The Emmy-nominated comedy series Ted Lasso also chooses to ditch single-use items on screen, with characters using reusable water bottles.

With the staggering amount of plastic waste generated every day, creative ways to encourage behaviour change are needed. Film and television, arguably more popular than ever due to repeated and lengthy lockdowns over the past two years, are an ideal forum for showcasing the kinds of behaviour change our environment needs.

Planet Ark does not take responsibility for the accuracy of the original information and encourages readers to check the references before using this information for their own purposes. 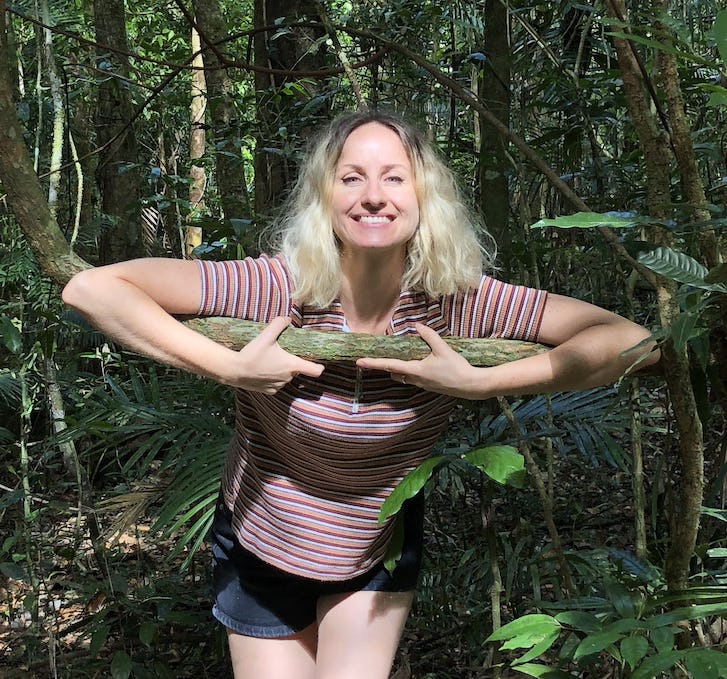 With a background in Teaching English as a Second Language and Communications, Laura joined Planet Ark in 2016. Laura has a passion for the environment and behaviour change, and is excited about using social media to help people take positive environmental actions everyday.

Circularity 2022 is calling for expert speakers