Printable and wearable self-charging batteries may sound like the tools of espionage, but researchers are working to make these mainstream.

A team from the University of New South Wales have developed a way to harvest a greater charge from moisture-electric generators (MEGs) that until now have yielded low energy levels.

These “self-charging batteries" utilise thin sheets of graphene oxide nanomaterial and hydron energy present in water to derive electricity. The batteries’ ability to be highly flexible and deliver stable voltage on curved surfaces offers great potential in wearable technology, as highlighted in the team’s paper that appeared in Nano Energy.

An Australian company, Strategic Elements, has partnered with the UNSW team and ABC News reports there are plans to make a prototype of a moisture-powered electronic skin patch using MEG technology. They expect this to be available later this year.

In more battery-related innovations, researchers from the Swiss Federal Laboratories for Materials Science and Technology have also been hard at work developing battery technology using more sustainable materials. The Swiss researchers have created a proof of concept for a battery using paper placed in saltwater and printed with specialist ink containing graphite flakes on one side and zinc powder on the other.

So far, low levels of charge have been recorded with researchers managing to power a digital alarm clock. The paper-based battery has achieved a stable 1.2 volts, a little less than the 1.5 volts typically found in AA batteries.

Miaoqiang Lyu, from the University of Queensland’s Australian Institute for Bioengineering and Nanotechnology told ABC News that one of the strengths of the paper-based battery is that it can be made using fairly basic printing technology.

While still in its infancy, the Swiss researchers concluded in their paper that “…this work advances the field of disposable electronics and presents a battery technology that balances environmental impact and performance.”

Paper batteries like this could help reduce hazardous waste significantly in medical diagnostics and smart packaging where single use electronics are prevalent.

Planet Ark does not take responsibility for the accuracy of the original information and encourages readers to check the references before using this information for their own purposes. 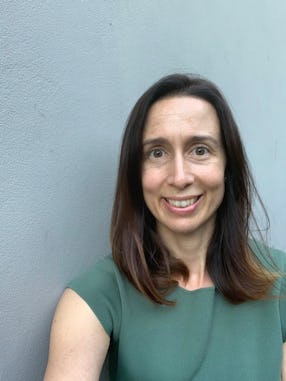 Pamela is a Marketing Communications professional with over 10 years experience working for both agencies and organisations in communications, travel, finance and retail industries. Pamela loves to be in nature riding a bike, skiing, appreciating the trees at her local park or exploring wild places abroad with her family.