Australia’s original Container Deposit Schemes started off as a humble litter reduction plan, launched in South Australia, over 40 years ago. We can now boast to having a CDS in every state or territory after Tasmanian parliament passed legislation for its own state scheme, making us the first continent to achieve this goal.

Read on to find out how successful these initiatives have been in your state or territory. Or, if you live in a state where it’s still in development, find out when you’ll be able to get involved.

On the 15th of March, the Tasmanian Government passed legislation to implement a statewide scheme, which will be referred to as a Container Refund Scheme (CRS). The scheme will aim to reduce litter and boost recycling across the state. An education campaign will be launched in both metropolitan and regional areas of the state to simplify existing litter prevention schemes. As a result, the launch of the CRS in Tasmania will see the development of 130 new jobs in the sector and provide charities and community groups the opportunity to become involved.

In the ACT, communities have been involved in the local CDS since 2018. The ACT CDS works closely with LEAD – a Canberra organisation that works with local businesses and government to provide employment opportunities to people with a disability. With the container deposit scheme achieving positive results early on, it is expected to achieve its target of a 90 per cent recovery rate for acceptable container returns, by 2025. This goal has been made more achievable by the implementation of Return-it automatic return machines.  As of 2021, the scheme has seen over 277.2 million containers returned, resulting in over $6.3 million in refunds back in the hands of the community.

Since its establishment in 2017, over 6.5 billion beverage containers have been returned through a network of over 620 collection points in NSW. In the last four years, the Return and Earn scheme has raised over $28 million dollars for charities, community groups and members of the public. It has also contributed to a 52 per cent reduction in litter in the state.

Return and Earn is often used in schools to teach kids about recycling. For example, students from Budawang School in Ulladulla created a school-wide recycling program to collect containers for recycling through the scheme. As a result, students have gained awareness about sustainability and the environment, improved their recycling knowledge, and raised money for the school.

Containers for Change started in Queensland in 2018 to help educate the community on environmental matters and litter reduction. The scheme has bolstered recycling efforts in the community, achieving a 70 per cent return rate of acceptable containers to collection points (COVID and flooding events have impacted recent return rates). There are 346 collection points across the state, with more on they way, varying from depots, pop-up collection sites, drop-off sites, and refund vendors. The plan for the Queensland CDS is to follow trends in other states so that it becomes an economical, as well as environmental, benefit to local communities. Having created more than 800 jobs and seeing a return of more than 5 billion containers since November 2018, the scheme is already proving its worth in Queensland.

South Australians have one of the most effective systems in the world with the South Australia Container Deposit Scheme running for over 40 years. More than 600 million beverage containers (more than 40,000 tonnes) are returned by communities each year. Communities in South Australia earn around $66 million dollars per year through the scheme, and this community engagement has resulted in a cleaner, more productive state. The South Australian Government sought to modernise perceptions of the scheme and its capabilities beyond a litter reduction scheme by promoting the benefits of the scheme as a resource recovery and product stewardship model.

According to a 2021 report from the Victorian Department of Environment, Land, Water and Planning, 84 per cent of Victorians were in favour of introducing a CDS in their state. The Victorian Government will launch its scheme in early 2023 to allow industry and business to prepare for a new stream of recycled goods. The Victorian CDS has garnered a lot of support from community groups, charities, and industries looking to become involved with the project. The benefits of the scheme will include more and better access to recycling, less waste, less litter, and hundreds of new jobs and economic opportunities across Victoria.

Western Australia launched its CDS in late 2020 with the objective of improving recycling rates, reducing litter, and engaging the community. There are currently over 200 collection points in development for communities to return eligible containers. There are over 78 partners made up of councils, industry organisations, community groups, charities, and Aboriginal and Torres Strait Islander corporations involved with Western Australia’s CDS. Aiming to achieve an average recovery rate of 65 per cent, Containers for Change is coordinated by Western Australia not-for-profit Return, Recycle, Renew (WARRRL) to ensure the scheme reduces litter and benefits the community.

Communities in the Northern Territory recycled over 100 million containers in 2020-21 through the NT Container Deposit Scheme. Currently, there are 18 deposit sites, but the State Government is working to improve its accessibility to make it available to rural communities. It is now easier for businesses to become drop-off points and as the scheme grows so will deposit rates.

To find out more about Container Deposit Schemes, including which types of containers are eligible in your state or territory, visit Recycling Near You. 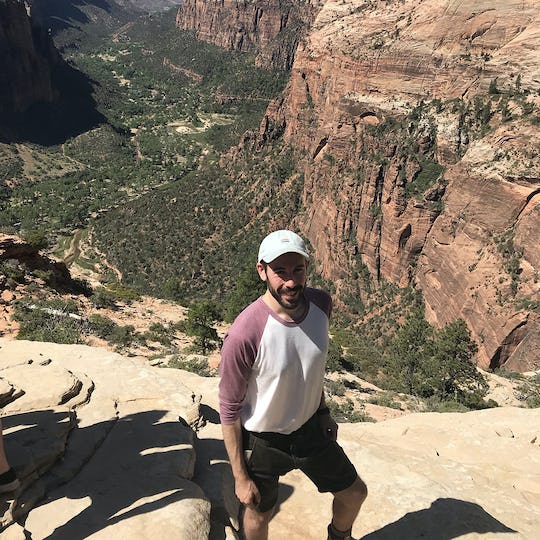 Nick joined Planet Ark in 2021 coming from a background of graphic design and marketing communications. A self-described “jack-of-all-trades’, Nick likes to channel his helpful nature and enthusiasm for change in all aspects of life from his social life and work to his community volunteering.

Circularity 2022 is calling for expert speakers