A Planet Ark staffer shares how giving through an online reuse group gave her a whole new perspective on her local community and the love that can be shared between strangers.

Recently, I joined my local ‘Pay it forward’ Facebook group. As the name suggests, members give away a variety of unwanted items or services. I had some good quality items in need of a new home, and joined, hoping someone else could use them. It was not long before I found myself inspired by the acts of kindness taking place amongst the group.

At their most basic, ‘Pay it forward’ groups are great for moving on unwanted stuff, saving them from landfill and getting a free pick up. On another level, they build social connections and help neighbours in need, in a very grassroots way - no judgement, no requirements, just acceptance.

I have seen people offer meals, food boxes, supermarket vouchers, help around the garden and a van for a weekend - all without anything expected in return.

Friendships are also formed and the community is strengthened.

Initially, I thought I’d use the group to give away items but I’ve also benefited by receiving. My iron died recently and, rather than buying a new one, I put the call out to the group to see if anyone had a spare they were happy to part with. 30 minutes later I had a great second-hand iron in my hands. The same thing happened with a laptop bag!

I now actively look for people in need of things and like to help if I can. Sharing is caring and, as is so often the case, the rewards are in giving rather than receiving – ‘Paying it forward” benefits people and the environment. 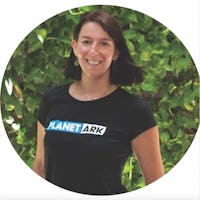 Claire is Planet Ark's Recycling Campaign Manager. After working in the communications industry and raising a young family, she joined Planet Ark to follow her passion for helping the environment.